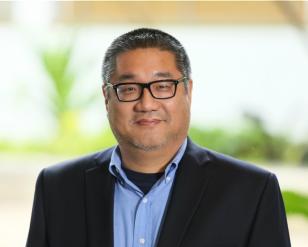 Chun previously served as the Assistant Dean of Technology at the University of Miami, where he had worked for twelve years leading digital transformation initiatives. As a Distinguished Engineer in Residence, he held faculty appointments at the Herbert Business School teaching and leading Business Technology and Innovation programs and courses.

Chun has held senior executive leadership roles in information technology at various global corporations in Japan, South Africa, UK, and the Netherlands throughout his career. He also served ten years as a freelance editor for Microsoft Press, Sam’s, and Addison-Wesley. A graduate of the University of Pennsylvania ’94, Chun is an accredited professional in Amazon Web Services, Apple, Bitcoin, Blockchain, Google, Scrum, and Microsoft. He has received numerous recognitions for his service to Global and National organizations focusing on education, children, health, and digital interactivity.

Chun is an avid listener of Late Romantic Classical and Big Band Jazz. He splits his time between Sonoma, Miami, and Tremblant. Chun lives with his wife, who is a professor in project management and his blind rescue Shiba Inu. His son attends United States Naval Academy at Annapolis, majoring in Aeronautics and Oceanography.