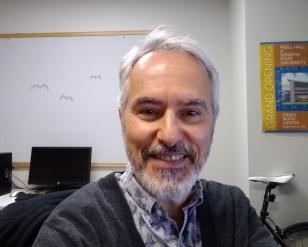 As well as providing desktop support to a number of departments, Moe runs the Microsoft Endpoint Configuration Manager (MECM) which manages most Windows computers on campus.

Moe holds a bachelor of education degree with a major in English and a minor in French, which really prepared him for IT work ( well at least he has soft skills).

Moe hails from Winnipeg Canada (think cold winters and large mosquitoes) and tries to maintain Canadian stereotypes for his colleagues, to brighten up their otherwise mundane existence.